How Stand-Up Comedy Became an Allegory for My Career 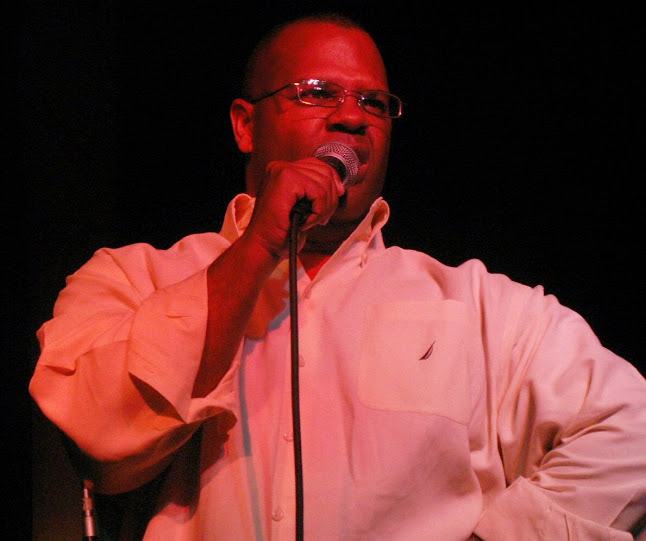 Once upon a time, I was a stand-up comedian and I actually learned something from that experience. No, you have not heard of me unless you frequented coffee houses, small theaters, and bars in New Orleans.

In the late 90s, I jumped into stand-up with both feet (and injured a knee on stage once but that’s another story). I enjoyed the rush of getting a great belly laugh out of audiences and nearly imploded every time my punch lines took a trip to cricketland. I also produced a series of shows, some of which were successful and others not so much.

Hopefully, you have a hobby or activity that helps enhance your career. For instance, a high school classmate once told me that golf is an allegory for his life. An avid golfer, he said the game taught him about his lack of patience.

In the midst of those emotional ups and downs and “gadzooks” moments in the world of stand-up comedy, here is what I learned:

Go ahead and take a risk.

It may sound like motivational mumbo-jumbo when folks salute comedians for having the guts to get on stage but that is a well-deserved compliment. I took my comedic risk a step further. I was notorious for breaking out an untested joke in the middle of a big show. Sometimes, I looked like an idiot and other times I was a creative genius. Take some risks. Regardless of the outcome, what you learn will push you to the next level of your career.

Decide which road is right for you.

At one point, I thought about going on the road. It sounded great until I took a short trip and realized that being in a van with other comedians drove me up the wall. My late father, who passed up a contract to sing with the Metropolitan Opera, told me he did so because having a family was more important to him than being a full-time traveling artist. What kinds of sacrifices are you willing to make for your career? Most importantly, will you be okay with making or not making those sacrifices when it is all said and done?

One of my early mistakes was failing to prepare for shows because of letting early success go to my head. Ironically, comedians even rehearse seemingly spontaneous facial expressions, gestures, and punchlines. Pivotal career moments happen before meetings, project launches, and of course job interviews. Prepare for everything.

Success in stand-up comedy is based on an immediate response—laughter. So, it seems like years pass in only a few seconds when a punchline goes south. To have thought a joke was a winner, tested it on friends, and not have it work on stage is historically not awesome. A very close friend of mine agonizes over a major career move that did not work out for her. My advice to her has been to take it for what it is, evaluate the steps she made, figure out what makes her wiser, and keep it movin’. The show must go on.

My most embarrassing moment? I was asked to open for a budding Kevin Hart but was not told who sponsored his tour (let's just say their hamburgers are real whoppers). I decided to pull out one of my A-list jokes, a customer service horror story about this particular establishment, only to find out about the sponsorship after the fact. From there, I learned to ask much more specific questions about sponsorships, venues, event times, audience demographics, and other comedians in line-ups to make sure the situation wouldn’t send me screaming into the night. In your career, do you take time to figure out which situations are right for you regardless of the pay? Does the company or organization fit your values? Do your colleagues help or hinder you? Are you following the right leaders?

Decide how to handle the peanut gallery.

Hecklers are the lowest form of life in the universe, if you ask me. They are the consummate peanut gallery. Comedians have to think on their feet with these life forms. How do you respond to the nattering nabobs of negativism in your career? Shutting them up makes the show better for everyone but you have to decide how to shut them up. You can either engage in a verbal joust or let your career speak for itself.

It seems cliché for a comic to end his or her routine with “You’ve been a great audience!” but it is necessary. Hey, you may even turn a heckler around. Somebody somewhere has been rooting for your career to succeed and it may be the least likely person. Others have been openly cheering for you the entire time. Always thank your supporters, let them know they are a great audience, and take a bow.

We're an organisation that helps our clients boost their social media presence by providing social media marketing on a monthly basis.

You might like these blog posts You wait all day... then 3 turn up at once..., Navigating Photoshop and Design Trends in an Age of Social Media Marketing, How to Make Everyone Excited about Your Wellness Program [Infographic], and How to Train New Managers on Microfeedback.